At the start of WW1, brave young men were eager to join the armed forces.
Percy Humphries a young Long Lawford lad who lived with his mother in Main Street was no exception, at the young age of 16 he applied to join the army, only to be sent home for being to young, Percy was not to be denied, in 1916  he tried again and was enlisted into the Royal Warwickshire Regiment, after training he was posted to the 11th service battalion of that regiment who were stationed in Arras, France.
On Easter Monday 9th April 1917 his regiment took part in the Battle of Arras, during that day, young Percy was killed, he was just 19 years old, his body was never found and like thousands of courageous young men of that era, all that remains of his memory is his name on the Arras memorial France and the war memorial Long Lawford.

Located in the old graveyard of St Johns Church are the graves of 5 airmen from a Wellington bomber that crashed on the 24 July 1941.

Wellington T2458 Took off from  Moreton-in-Marsh on the night of 23-24 July 1941 detailed to carry out a combined nightcross-country and bombing practice over the Radway ranges. The aircraft was reported to have completed the bombing phase, when, at 0112 hours, the aircraft went out of control and crashed into Ufton Wood, north east of the hamlet of Ufton, and five miles ESE of Royal Leamington Spa, Warwickshire. All the crew were killed in the crash.

Five members of the crew are buried at St Johns Churchyard.

I am not sure of the origins of the photograph below or how it was obtained, or if this is the actual crew that was killed when T2458 crashed, I will have to do more research. 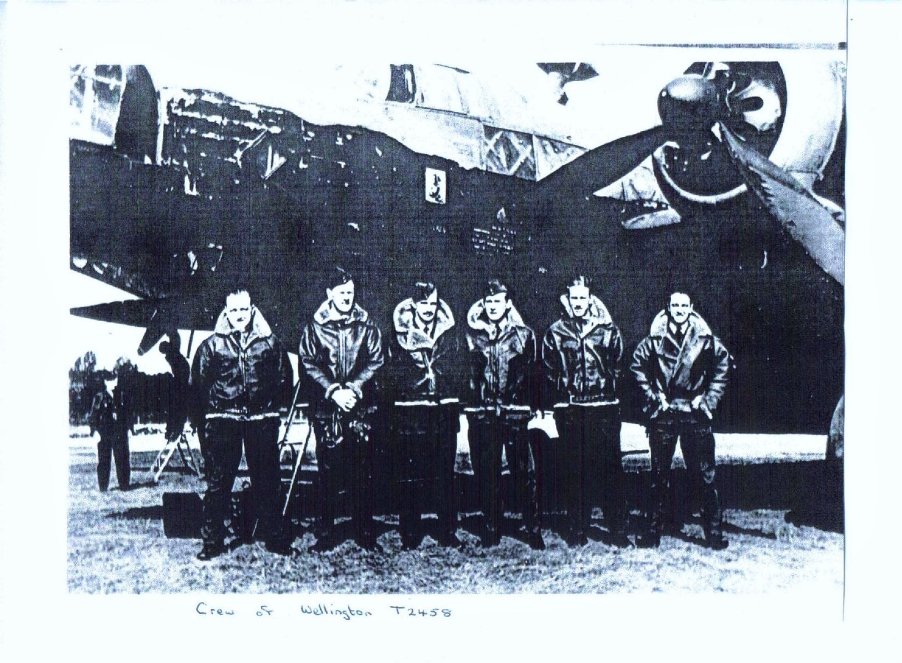